Welcome to year 3. Our teachers are Mrs Graham and Miss Legg, she is supported by Mrs Loveridge, Mrs Hurford and Mr Wilson.

Welcome to to Summer 2.

This term we are investigating the Romans and the legacy they left behind.  We have a Samba Concert towards the end of term for all Year 3 parents to attend and see how well the children have progressed with becoming a Samba Band.

Year 3 had a fantastic opportunity to work with The Dorset Musicianship Service this summer when they learnt to play like a samba band.  The drums were obviously very popular, however, the rest of the percussion instruments have just as much importance within the band to add that traditional samba sound.  The children doubted at first that they could produce a concert for their parents but by the time the concert date arrived they were performing several pieces that sounded fantastic.  They learnt so much and had a lot of fun doing it. Well done Year 3.

In Summer 1 we studied the topic  'Tremors' investigating the structure of the earth and the Jurassic Coast looking at the different rocks and formation of our local coastline.  The project was started off with an exciting erupting volcano, making plasticine structures of the earth and tsunamis.  The children were really excited about the dynamic features of this topic and some brought in their own rock and fossil finds. 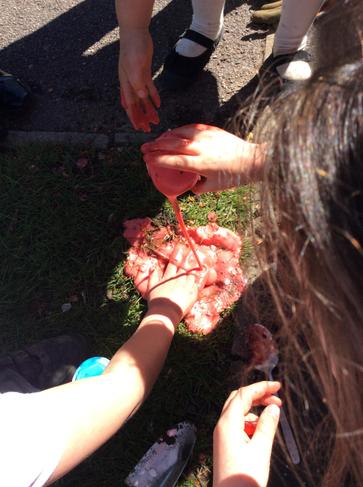 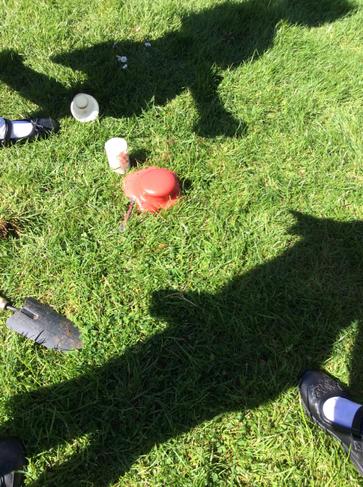 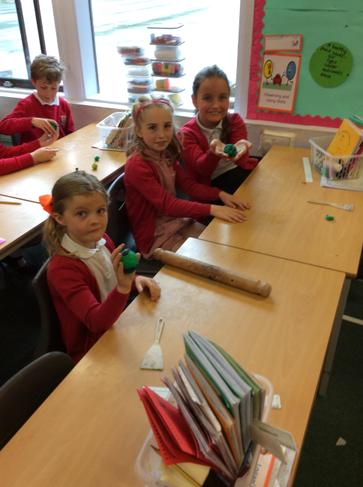 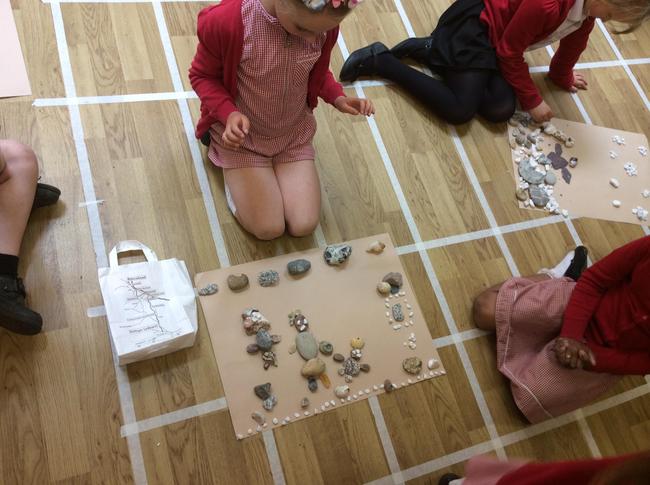 Year 3 are involved in a 'plan a veg bed' project. They have already created designs based on the site and position of the veg bed and were given a list of vegetables and their growing properties, they chose which veg would best suit the bed. They then have sowed the seeds needed for their collective designs and will be preparing and planting those veg plants very soon. 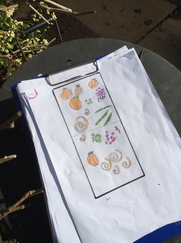