On Monday the 26th of April Year 6 took part in Bikeability with Ben. They had to bring their bike and a helmet to school with them. One group went in the morning and the other group went in the afternoon with each group session taking 3 hours.

Some of the children learned how to do things that they could never do before!

Emily learned how to signal with her hands for 3-5 seconds; Charlie learned to use his gears (and how many he has); Millie learnt how to turn her bike.

When the children were done with their Bikeability lesson  I asked them how they felt about it and here is what the children said:

Emily: “my favourite part was when people were crashing into each other.”

Heidi: "Before I wasn’t that confident but I feel much more confident now!”

Frank: "Riding bikes in school is a lot more fun than at home.” 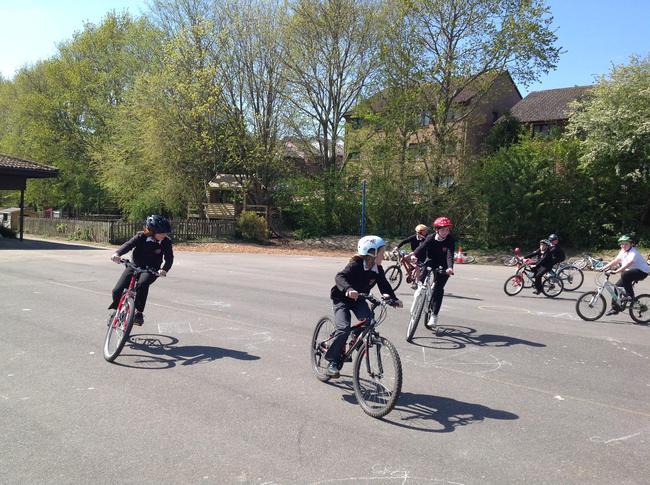 On the Bike Ability cycle training, my friends, the instructor and I all began our long cycle at school, and slowly made it up to Skilling hill, before returning back to school for break-time. When break finished, we hastily got back on our bikes and left school grounds. At this point in time, I realized just how much I was enjoying the bike training when I was peddling as fast as I could down the St Mary's Park path.

Keeping up with the others, I carefully sped down the narrow path near Askers Meadow, slowly getting closer to Jessop Avenue.

At the start, my goal was to complete the Bike-Ability and that I had done, my group and I had safely and confidently made it from school, all the way to Jessop Avenue. The Bike-Ability level 2 had been successfully completed! 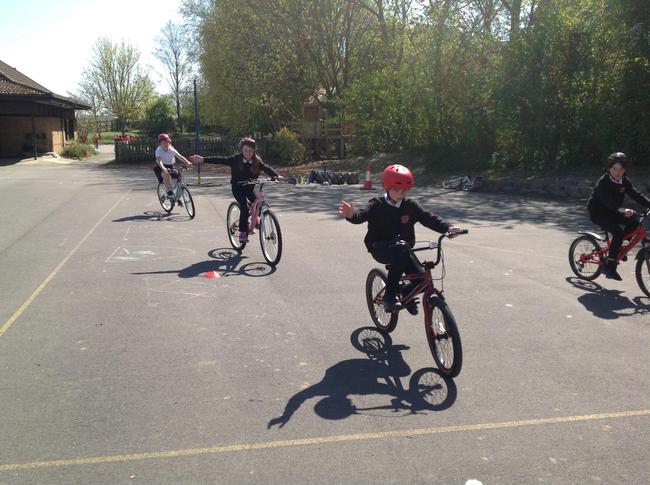 Blitz art inspired by the work of Henry Moore