Bridport is a market town in West Dorset. It has its own beach and harbour; West Bay, which is located just over a mile from the town. It is popular with tourists, who go to enjoy the walks, sea air, vibrant art scene, market days and scenic views. It was granted a charter in 1253 and has a long and successful history as a maker of rope and nets; even providing nets for important sporting events. The infamous ‘Bridport Dagger’ was a hangman’s noose made from rope that was produced in Bridport.

According to the Domesday Book, there were only 120 houses in Bridport during the reign of Edward the Confessor (1042-1066) which would mean a population of only around 500 people.

Daniel Taylor, in the time of Charles II. Left the Bull Inn, in East street, for the purpose of providing an efficient schoolmaster for the poor children of the town; in 1859 the inn was sold, with the consent of the Charity Commissioners, for £2,450, and the net produce, £2,083 13s. 3d. now invested in Consols, the annual dividends of which, £65 12s. 4d. are devoted to the use of the general school in the town.

The Sunday school charity was a gift of a Sunday school for the parish of Bridport, for the instruction of children belonging to the established church, by Henry Charles Stuart: the original school and land have been sold and the proceeds devoted towards the erection of the capacious and convenient new schools erected on the glebe land opposite the former school.

Infant (Miss Gundry’s), West street, originally pawn stores, afterwards weaving shops & then transformed into an infant school, with residence for the mistress close to the school, for 130 children; average attendance 90.

St Mary's Church of England was Bridport incorporated the above schools and a new school was built on the Skilling Hill site in 1991, the new school was opened by the author Dick King Smith. originally a two form entry school the site now also plays host to Bridport's Children's centre. 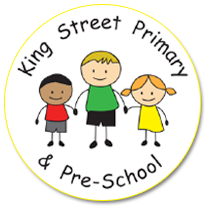